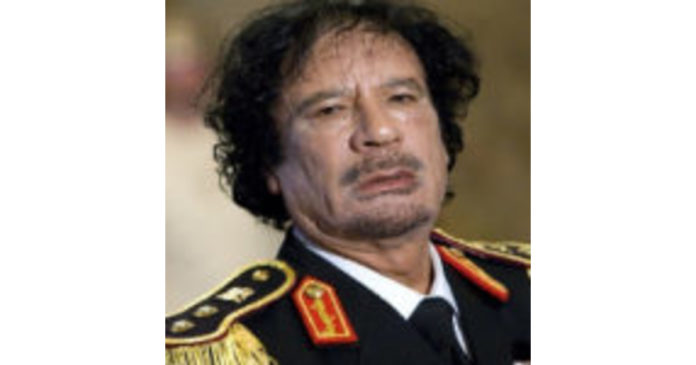 Libyan strongman Muammar Gaddafi was ousted and killed in the 2011 uprising, but several of his family members survived.

A decade on, what has happened to them?

Three of Gaddafi’s seven sons died in the uprising, including Mutassim, who was killed by rebels in the dictator’s hometown of Sirte on October 20, 2011, the same day as his father.

Another son, Seif al-Arab, perished in a NATO air raid in April 2011, and his brother Khamis died in combat four months later, at the height of the revolt.

But other members of the Gaddafi clan survived, including his wife Safiya, his eldest son Mohammed — from his first marriage — and his daughter Aisha, who are known to be living in exile.

Mystery, however, surrounds the whereabouts of the dictator’s erstwhile heir apparent, Seif al-Islam Gaddafi, who is wanted for war crimes by the International Criminal Court (ICC).

After the fall of Tripoli to rebels in August 2011, Safiya, Mohammed and Aisha escaped to neighbouring Algeria.

They were later granted refuge in the Gulf sultanate of Oman on condition they do not carry out political activities, the country’s then foreign minister neighboring Abdelaziz told AFP in 2013.

Aisha, a lawyer by profession and a former UN goodwill ambassador, had been part of an international defense team for Saddam Hussein after the Iraqi leader was ousted in the 2003 US-led invasion.

High-rolling son Hannibal also sought refuge in Algeria after the uprising, before trying to sneak into Lebanon to join his wife, Lebanese model Aline Skaf.

But Lebanese authorities arrested and charged him in 2015 with withholding information about prominent Muslim Shiite cleric Mussa Sadr, who went missing in 1978 during a visit to Libya.

Hannibal and his wife had sparked a diplomatic incident with Switzerland in 2008 when they were arrested in a luxury Geneva hotel for assaulting two former domestic employees.

Playboy son Saadi Gaddafi — once a professional footballer in Italy — fled to Niger after the uprising but was later extradited to Libya, where he was wanted for murder and repression during the revolt.

He is currently held in a Tripoli prison, accused of crimes committed against protesters in 2011 and of the 2005 killing of Libyan football player Bashir al-Rayani.

Seif al-Islam, whose name means “sword of Islam”, was captured by a Libyan militia in November 2011, days after his father was killed.

Four years later, a Tripoli court sentenced him in absentia to death for crimes committed during the revolt.

The armed group which captured him announced in 2017 that Seif al-Islam had been released.

The claim was never confirmed independently, and in 2019, the ICC prosecutor said there was “reliable” information that he was in Zintan, western Libya.

But Seif al-Islam has not been seen or heard from since June 2014, when he appeared via video from Zintan during his trial by the Tripoli court.

During his glory days, Gaddafi considered himself the “Leader of the Revolution” and declared Libya a “Jamahiriya”, or “state of the masses” run by local committees.

Thousands of his supporters, including from his own Gaddafa tribe, fled Libya during and after the regime’s fall, with many settling in Egypt and Tunisia.

“Contrary to what is thought, the Gaddafa tribe suffered under the regime of Gaddafi, and several members who had opposed him landed in jail,” said Libyan law professor Amani al-Hejrissi.

The clan also included members of Gaddafi’s revolutionary guard — a paramilitary force tasked with protecting the regime against its detractors — who were not necessarily blood relatives.

Some pined for home, and a group in Cairo later revived the Al-Jamahiriya television network, Gaddafi’s propaganda arm.

But could Gaddafi’s exiled supporters play a political role in the now divided country?

“I don’t think so,” said Hejrissi. “Most Libyans see the fallen regime as the root of the corruption and destruction of the political system.”

Doctors Have Changed It All! – Yvonne Nelson Trolls Moesha and the Obengfo Celebs...

Disgraced Mona Gucci Missing from Social Media After her Disastrous and Lying Appearance on...

‘I Am Used To Criticism. It Doesn’t Really Bother Me’