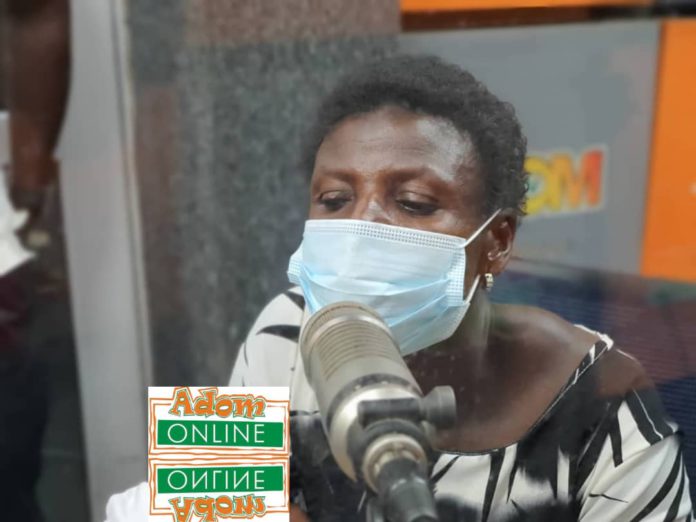 Gladys Koomson, a mother of four, whose husband impregnated two of her daughters in a kiosk at Kasoa SCC in the Weija Gbawe Municipality, is appealing to kind-hearted people to come to their aid.

The mother of the girls, Gladys Koomson, in an interview, explained that she sells pure water, hence she was always away from home.

She said her absence gave her husband, who is a bread baker, the chance to take advantage of the girls whenever he returned from work.

“I am a pure water seller who packs water bottles and sachet for sale at Kasoa SCC.

“I have four children with different men but I have been with this current man for 10 years but the relationship is not stable. We have a child who is getting to nine but he abandoned me with the pregnancy and came back after I gave birth,” she narrated.

She said she was shocked when she found out that her daughters had been impregnated by their step-father.

“He told me he has obtained a house at Kakraba and I told him to take the children and that I will come later. I used to visit them frequently though he fought me most of the time.

“One day I found women’s clothing and when I questioned him, he got angry. At a point, my elder daughter went to stay with someone at Kwabenya and that was where the pregnancy was discovered with a call made to inform me,” she recounted.

Madam Koomson said all attempts to get the 15-year-old to reveal the identity of the man responsible proved futile until her second daughter was also found pregnant.

“The second daughter started acting and feeling funny so I went to buy a pregnancy test kit for her and the results came out positive and she mentioned my husband was responsible.

“That was when the first, who now has a three-month-old baby, came to confess he was the one responsible for her baby too but was afraid because the father threatened to kill her if she tells anyone about it,” she said amid tears.

Miss Koomson made this known on Adom FM’s morning show Dwaso Nsem when she stormed the studios with her two children.

She said life has become tough for her to feed, cloth, and school and shelter the children, who sleep in a kiosk and on a floor mat that gets soaked when it rains.

As a matter of urgency, she is appealing to Ghanaians and everyone who will read this story and watch the video to come to her aid.

Meanwhile, the Weija Domestic Violence and Victims Support Unit, which confirmed the incident, said the suspect was arrested but has been granted bail while investigations are still ongoing.

Emmanuel Adebyaor Reacts After Funny Face and Vanessa Happily Reunite – Friendship Back On?

‘I’m Super Excited About This Week, Big Things Are Happening’

Both Jam And Food Anyone You Cook Is Hit