A new viral video has been spotted online of a side chick seen jumping out of a window after the wife of the man she was having fun with came home unexpected.


According to the lady who recorded the scene from her own building nearby, the ‘woman who is thought to be a side chick – was gotten rid off by the male neighbor through the back window as he offered her bag/belongings after she jumped out.

The ‘side chick’ who later on discovered that she was filmed, happily waved at the neighbour who was taping her.

See photos and video below; 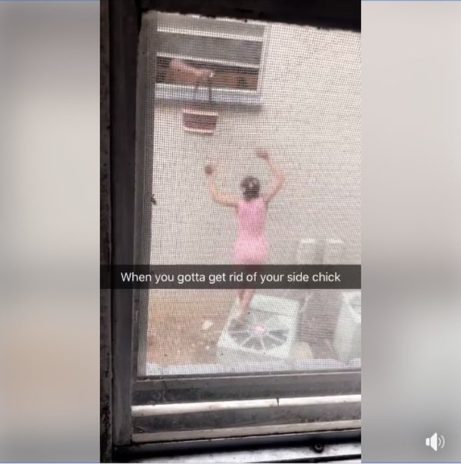 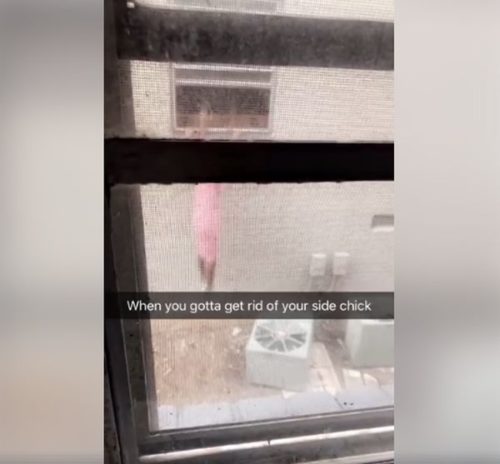 HOT VIDEO: Couple Having Skez On A Plane To Mexico Amidst Coronavirus Outbreak

HOT VIDEO: Couple Having Skez On A Plane To Mexico Amidst...