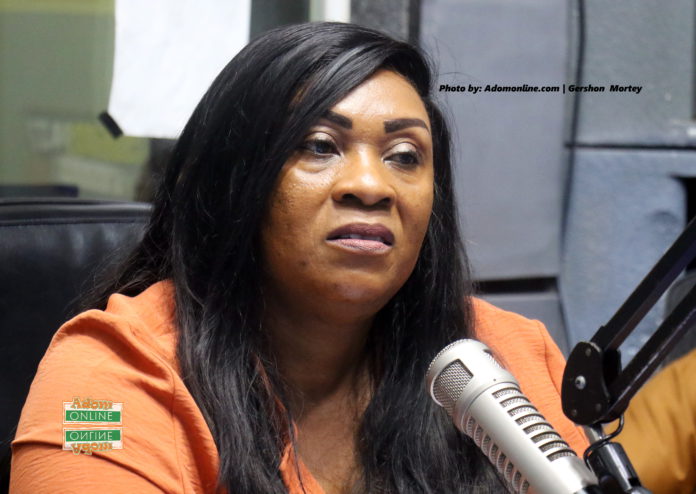 Member of Parliament for Awutu Senya East, Hawa Koomson, has rendered an unqualified apology to her constituents.

Her apology was in relation to a shooting incident which occurred in the constituency during the 2020 voters’ registration exercise.

The Minister-designate for Fisheries and Aquaculture admitted to firing a gun at a voters’ registration centre in the constituency sometime in July 20.

Justifying her actions, she said she only fired the gunshots when her life was threatened by some thugs alleged to be affiliated to the National Democratic Congress.

She was subsequently invited by the Central Regional Police Command who seized her gun and its license.

Appearing before the Appointments Committee of Parliament on Thursday, February 18, 2021, Madam Koomson said she wished the shooting incident never occurred.

“I also apologise for those who were scared but it was in defence because I felt my life is in danger,” she said.

Madam Koomson subsequently appealed to the Committee not to comment further on the issue as the police are still carrying out investigations.

“Yoruba Boys Na Mouth We Get” – CDQ Says As He Tries To Wrestle...

Laura Ikeji Flaunts Her Mum As She Celebrates Her Birthday

“If Your Child’s Role Model Is Shatta Wale, You Have Failed As A Parent,”...

It’s stupid to close down the LGBT office, leave them alone”...