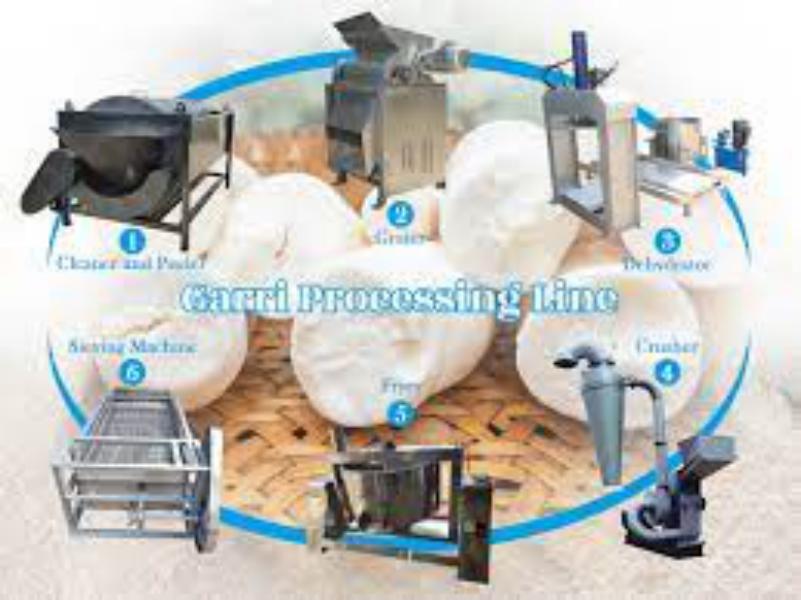 A Chinese company has developed a small-scale gari production machine to reduce the tedious labour involved in the traditional making of dry edible granules.

A video of the technological invention expected to substitute all the manual processes involved in making gari and increase productivity has awed many people.

The three-minute video highlights each production line and its specially designated machine.

Just as the traditional method requires the cassava to be peeled and grated, before the gari making itself, the unknown Chinese company has invented a cassava peeler and grater.

From there, the starch obtained goes through a mash fermentation and dewatering with the assistance of a hydraulic press.

Then, a specially designed gari fryer and vibration sieve is used to achieve the dry edible granules.

Gari, over the years, has been considered one of West Africa’s popular foods, however, due to its lengthy manual production method, its production is seen as tedious.

In Ghana, producers of the dry edible granules, mostly women have on various occasions appealed to the government to construct a factory to help expand the gari business and make it appealing to the youth.

As such, the invention of the small-scale gari production machine sends a glimmer of hope to gari producers who thought their plight could never be resolved.

Below is the video:

Check Out Photos of The $3m Cardio Centre Kennedy Agyapong is...

Disgusting Video Of Afia Schwar Having Her Teeth Cleaned At The...