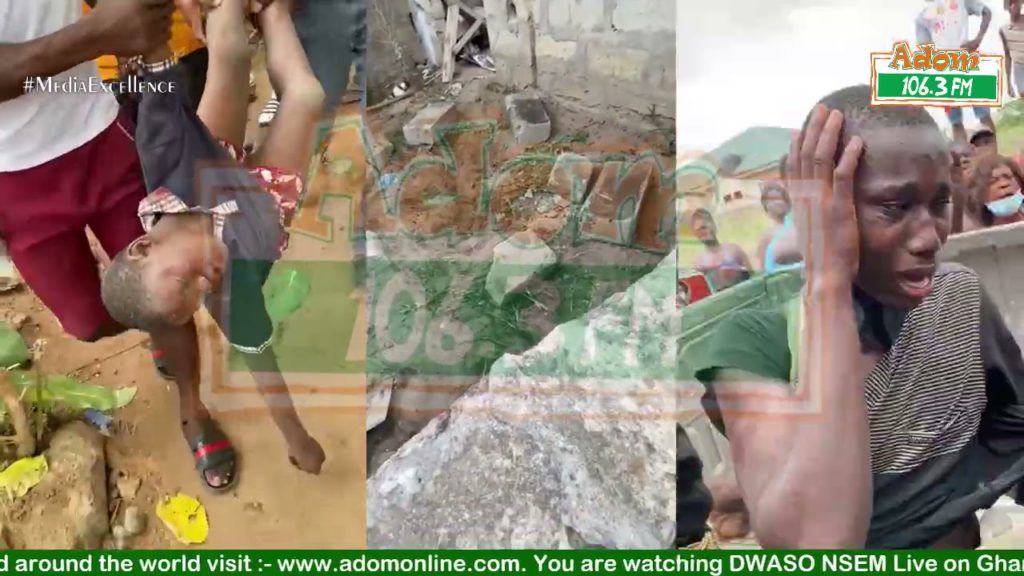 Frank Mensah, the father of a 10-year-old boy who was allegedly murdered at Coca-Cola, a suburb of Kasoa, Central Region, has broken his silence on the matter. Felix Nyarko, 18, Nicholas Kini, 19, are said to have confessed to killing the boy for money rituals. They were apprehended by the Kasoa Divisional Police Command following […]

Nurse who went missing in Kumasi found without tongue and fingers

Dog Owner Startled When He Found His Dog In A Pool Of Blood, Only...

Gyakie beats Cardi B & others to secure the 4th position on Billboard’s “Top...

I Swear With My Mother’s Life, I Have Never Met This Man Before

Toke Makinwa Set To Buy Herself A Valentine Gifts With No Boyfriend Problem After...

Nurse who went missing in Kumasi found without tongue and fingers